Přidáno před 1 rok nazpět od admin
13 Zobrazení
Enjoy one single camera perspective from our massive footage from the BREATHTAKING Mil Mi 26 Joyride around Minsk, operated by Ministry of Emergency Situations (Belarus) and organized by Merlintour. Want that too? You can have it! Visit www.Merlintour.com and if you state you come from AirClips.com, you automatically participate in our price draw! Have fun and good luck!!! As the flight happened today, this is just a quick appetizer for you. The full clip will be edited and uploaded later. 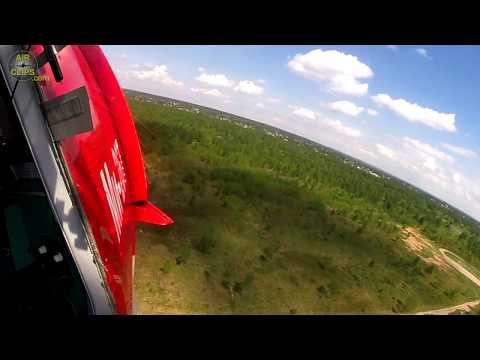 Enjoy one single camera perspective from our massive footage from the BREATHTAKING Mil Mi 26 Joyride around Minsk, operated by Ministry of Emergency S...