This is the exclusive second flight from Deauville, Normandie, France to Lappeenranta, Finland.

The three full cockpit films will be published for free at AirClips.com:

Episode 1 starting with a look inside the airline HQ in Kiev, a trip in the owner's private Bell 407 helicopter, a look into the maintenance facilities and an An-12 ferry flight from Spain to Deauville: https://youtu.be/u_JmU-p3p-I

Episodes 2 and 3 show the racing horse transportation from Deauville, France to Lapperanta, Finland. 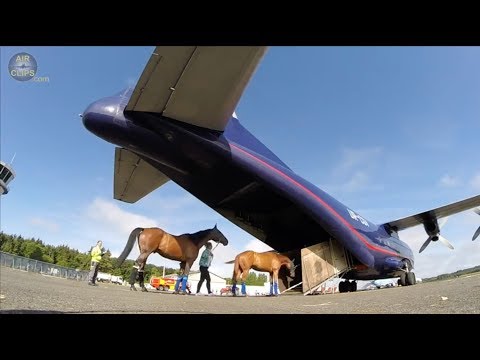 An AirClips.com team was granted exclusive access to witness a horse cargo flight in three episodes. This is the exclusive second flight from Deauvill...