ASL Airlines France, formerly Europe Airpost, is an airline based in the Bâtiment Le Séquoia in Tremblay-en-France. It operates mail and cargo flights for the postal service and newspapers dispatch during the night and scheduled and charter services for other airlines and tour operators by day thanks to its fleet of Boeing 737-300QC ("Quick Change") aircraft that can be switched between cargo and passenger configuration in less than an hour. Its main base is Paris-Charles de Gaulle Airport.
The airline's roots can be traced to the "Companie Générale Aéropostale" in 1927 that pioneered mail delivery between Europe, Africa and South America with famous pilots like Jean Mermoz and Antoine de Saint-Exupéry. It was originally part of Air France from 1947 to 1991 when it operated as Société d'Exploitation Aéropostale (SEA). It took on the name Europe Airpost in 2000 when it started services on its own for the French national postal service (La Poste). On March 14, 2008 ASL Aviation of Ireland officially acquired the airline. The aircraft keep the former livery and call sign. It had 400 employees as of March 2007.
On 4 June 2015, ASL Aviation Group, the parent company of Europe Airpost, announced that Europe Airpost will be rebranded as ASL Airlines France.

The Aeronautical Engineers Inc. (AEI) B737-400SF Cargo Conversion per FAA STC ST01827LA, consists of the installation of a 86"x140" cargo door on the left side of the fuselage, and modification of main deck to a Class E cargo compartment. After conversion the aircraft can carry ten 88”x125” AAA full height containers or pallets plus one AEP/AEH , with pallet weights up to 8,000 lbs.
AEI's cargo door has earned a reputation of being the most robust and reliable in the conversion industry. The cargo door is hydraulically operated and actuated from the inside of the aircraft by an independent system. Hydraulic pressure is available from two sources; a 28VDC electrically operated hydraulic pump or a manual hand pump. The door control and manual pump are located on the 9g barrier, allowing a single person to operate the door manually.

The 737-400 design was launched in 1985 to fill the gap between the 737-300 and the 757-200, and competed with the Airbus A320 and McDonnell Douglas MD-80. It stretched the 737-300 another 10 ft (3.45 m) to carry up to 188 passengers. It included a tail bumper to prevent tailscrapes during take-off (an early issue with the 757), and a strengthened wing spar. The prototype rolled out on January 26, 1988, and flew for the first time on 19 February 1988.
The aircraft entered service on September 15, 1988, with launch customer Piedmont Airlines (25 aircraft ordered).
The 737-400F was not a model delivered by Boeing, but a 737-400 converted to freighter. The Boeing 737-400 never included winglets as an option, just like the Boeing 737-600. Alaska Airlines was the first to convert one of their 400s from regular service to an aircraft with the ability to handle ten pallets. The airline has also converted five more into fixed combi aircraft for half passenger and freight. These 737-400 Combi aircraft are now in service. 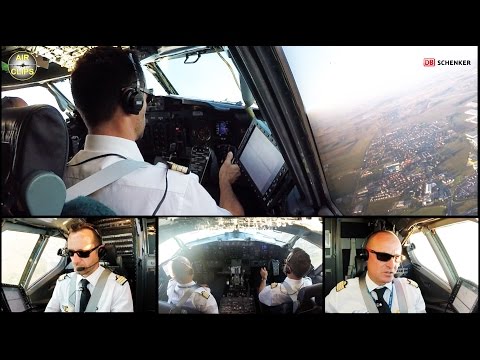