Přidáno před 4 rokem nazpět od admin
57 Zobrazení
Flying your own super luxurious private jet by just buying an affordable ticket in your travel agency is now possible! Test the nex scheduled service of Hahn Air's Citation Sovereign Private Jets between Düsseldorf and Palma de Mallorca in the beautiful Mediterranean. Starting in the summer season 2018 every Friday evening your jet will depart from Germany and bring you back there Sunday evening right in time for the evening news show on TV.

The AirClips team was invited to witness the inaugural flight of this stunning service joining Hahn Air COO Daniel Rudas on this unique service. Now get ready and enjoy!!!

The Cessna Citation Sovereign (Cessna Model 680 Sovereign) is an American mid-size business jet developed by Cessna. It is currently the third largest member of the Citation product line in terms of take-off weight, with the Citation X and Citation Latitude having greater take-off weights. The Sovereign is considered a transcontinental aircraft with the capability to fly Los Angeles to Hawaii greater than 98% of the time, while complying with ETOPS requirements, and is used primarily for corporate travel.
In the late 1990s, Cessna saw the need for a high-performance jet midway between the Excel/XLS size and the Citation X. The result was the Model 680 Citation Sovereign, powered by two Pratt & Whitney Canada PW306C turbofan engines with FADEC controls. It uses the Honeywell Primus Epic glass cockpit avionics suite, coupled with dual Honeywell FMZ2000 FMS units. Its claim to fame is that it can take off and land in short distances, thanks to a moderately swept high aspect ratio wing, and (when light) 92 knot Vref speed. It was first unveiled to the public in 1998 at the NBAA exhibition in Las Vegas, Nevada. The Sovereign seats eight passengers in a typical cabin configuration, with a maximum high-density capacity of 12, in addition to the crew of two.
First flight of the Sovereign took place in February, 2002, with FAA certification awarded in June, 2004. Customer deliveries began later that year. EASA certification came in June 2014.

Hahn Air Lines GmbH is a German airline based in Dreieich, Germany. The company offers scheduled and charter air services from Düsseldorf Airport, where its aircraft are based. The company`s main business, however, is an e-ticket platform that gives travel agencies access to airlines via computer reservation systems. The company also offers sales services for other airlines. Hahn Air has signed more than 260 contracts (interline agreements) with airlines.[Internationally, over 95,000 travel agencies access this system.
Hahn Air is a wholly owned subsidiary of Saspo Holding GmbH, with its headquarters in Dreieich near Frankfurt. The company is owned by Hans Nolte and Nikolaus Gormsen. The company has offices in cities such as Amsterdam, Manila, Mexico City, and Paris.
Hahn Air was founded as a domestic German airline in 1994. Its home base was the former Hahn US military air base (now Frankfurt-Hahn Airport), from which the company's name originates. In 1997, Hahn Air joined its first Billing and Settlement Plan (BSP) in Germany. The airline has the 2 letter code HR and the invoice number (IATA prefix code) 169. Hahn Air flights have been sold via the Amadeus computer reservation system since 1999.
That same year the first agreements were signed with airlines from Latin America, namely Aerolíneas Argentinas, Avianca, LAN Airlines and Varig, which formed the foundation for the ticketing platform. In 2001, Hahn Air became an IATA member and joined BSPs including France, the United Kingdom and Spain. Hahn Air also joined the Sabre, Galileo and Worldspan computer reservation systems. Further BSP memberships were concluded and, in 2003, the company’s headquarters moved from Hahn to Dreieich, near Frankfurt am Main. One year later, Hahn Air became a member of the Airlines Reporting Corporation in the US and is represented together with its partners in the Abacus computer reservation system. The company’s 100th interline agreement was also signed that year. In 2006, Hahn Air issued its first e-ticket and its first interline e-ticket on its computer reservation system. Hahn Air Systems was founded in order to offer airlines their own Computer Reservation Services (CRS). The Hahn Air (airline) operations went through IOSA certification for the first time in 2007, and entered the Japanese and Korean markets by connecting to the Axess, Infini and Topas reservation systems.
Development since 2010: Due to a contract with Generali insurance in 2010, travel agents are able to offer e-tickets via Hahn Air (HR-169) that include insurance against the insolvency of the operating carrier. Since joining the Kosovo BSP in 2010, Hahn Air is present in all European markets. 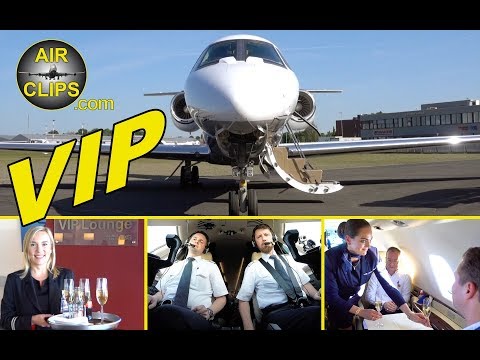 Flying your own super luxurious private jet by just buying an affordable ticket in your travel agency is now possible! Test the nex scheduled service ...