Přidáno před 1 rok nazpět od admin
165 Zobrazení
Owen Roberts International Airport is an airport serving Grand Cayman, Cayman Islands. It is the main international airport for the Cayman Islands as well as the main base for Cayman Airways. The airport is named after British Royal Air Force (RAF) Wing Commander Owen Roberts, a pioneer of commercial aviation in the country, and is one of the two entrance ports to the Cayman Islands.
Owen Roberts International Airport was the only international airport remaining in the Caribbean to have an open-air observation "waving gallery" until January 2017 when it was closed due to reconstruction. The new upgraded Owen Roberts International Airport terminal will no longer have an observation "waving gallery".
The runway length includes a 130 metres (430 ft) displaced threshold on Runway 26. The Grand Cayman non-directional beacon (Ident: ZIY) is located 1.1 nautical miles (2.0 km) short of the approach threshold of Runway 08. The Grand Cayman VOR/DME (Ident: GCM) is located 0.25 nautical miles (460 m) short of Runway 08.

American Airlines, Inc. (AA) is a major United States airline headquartered in Fort Worth, Texas, within the Dallas-Fort Worth metroplex. It is the world's largest airline when measured by fleet size, revenue, scheduled passengers carried, scheduled passenger-kilometers flown, and number of destinations served. American, together with its regional partners, operates an extensive international and domestic network with an average of nearly 6,700 flights per day to nearly 350 destinations in more than 50 countries. American Airlines is a founding member of Oneworld alliance, the third largest airline alliance in the world. Regional service is operated by independent and subsidiary carriers under the brand name American Eagle.
American operates out of ten hubs, with Dallas/Fort Worth being its largest; handling 51.1 million passengers annually with an average of 140,000 passengers daily. American operates its primary maintenance base in Tulsa in addition to the maintenance locations located at its hubs. As of 2017, the company employs over 122,000 people. Through the airline's parent company, American Airlines Group, it is publicly traded under NASDAQ: AAL with a market capitalization of about $25 billion as of 2017, and included in the S&P 500 index. 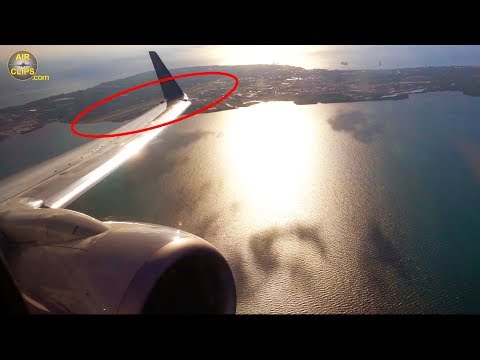