Přidáno před 2 rokem nazpět od admin
291 Zobrazení
This is an exclusive short-clip extracted from our full FREE Dassault Falcon 7X ULTIMATE COCKPIT MOVIE available here: https://youtu.be/qi_IF0PVl70.
These extracted short clips show you takeoff and landing sequences from a variation of different camera angles, so that you can enjoy every aspect of it!

The Dassault Falcon 7X is a large-cabin, 5,950 nmi range business jet manufactured by Dassault Aviation, the 2nd largest of its Dassault Falcon line. Launched at 2001 Paris Air Show, its first flight was on 5 May 2005 and it entered service on 15 June 2007. The Falcon 8X is derived from the 7X with a longer range of 6,450 nmi afforded by engine optimizing, aerodynamic refinements and an increase in fuel capacity.[7] Featuring an S-duct central engine, it and the Falcon 900 are the only two trijets in production. Dassault launched the FNX at the 2001 Paris Air Show, aiming for a 10,500km (5,700nm) range at Mach 0.88 up from the Falcon 900EX 8,300km at Mach 0.84. Its new high-speed wing is 1.86m (6.10ft) longer with 5° higher wing sweep than the 900 wing, while its 20% longer fuselage is keeps the same cabin cross-section but with a new curved windscreen. The trijet has a combined thrust of 18,000lb (80kN) provided by Honeywell FX5s, a new design, or a Pratt & Whitney Canada PW306 growth version. Based on Honeywell Primus Epic avionics, its EASy cockpit is developed for the Falcon 2000EX and 900EX and controls are fly-by-wire. Scheduled to fly in 2004, first deliveries were planned for mid-2006.
With 41 deposits, it was named 7X in November with first flight slipping from late 2004 to early 2005 and certification planned for mid-2006. With a simplified structure to reduce cost and weight, the optimised high-transonic wing improves by more than 10% the lift-to-drag ratio over the supercritical-section wing of the Falcon 50 shared by previous Falcons. The cabin is 2.4m (8ft) longer than the 900 and have a lower 6,000ft (1,800m) cabin altitude. the 6,100lb-thrust (21.7kN) PW307A was finally selected, among other risk-sharing partners: Honeywell for avionics architecture, auxiliary power unit, air management system; with Parker Hannifin for the power generation system and wheels brakes; and TRW Aeronautical Systems for the hydromechanical flap and airbrake systems.
With over 50 firm orders, it completed its first flight on 5 May in 1h 36min from Bordeaux-Merignac, starting a 1,200h flight test programme over 15 month: it climbed to 10,000ft (3,000m) for hydraulic, fuel, air data and landing gear extraction/retraction systems tests, then climbed to 25,000ft for acceleration/deceleration tests and basic autopilot and autothrottle operations. The second Falcon 7X should join in June, and the third with a full interior in September for long-range, endurance tests and interior sound level validation: Dassault aims for a 52dB sound level in the cabin, 4dB lower than other Falcons. Certification slipped to late 2006 and first deliveries to early 2007.
It was first presented to the public at the 2005 Paris Air Show. The aircraft has received its type certification from both the Federal Aviation Administration and European Aviation Safety Agency (EASA) on 27 April 2007. The first 7X, MSN05, entered service on 15 June 2007. The hundredth was delivered in November 2010. It conducted high altitude airport tests at 14,500 ft in Daocheng in 2014. The Falcon 7X is a three-engined cantilever monoplane with a low-positioned, highly swept wing. It has a horizontal stabiliser at mid-height and a retractable tricycle landing gear, and three rear-mounted Pratt & Whitney PW307A turbofan engines : two on the side of the fuselage and one in a center position, and room for 20 passengers and two crew. It is the first production Falcon jet to offer winglets.
It is the first fully fly-by-wire business jet and is equipped with the same avionics suite, the Honeywell Primus Epic "Enhanced Avionics System" (EASy), that was used on the Falcon 900EX and later on the Falcon 2000EX.
The Falcon 7X is notable for its extensive use of computer-aided design, the manufacturer claiming it to be the "first aircraft to be designed entirely on a virtual platform", using Dassault Systemes' CATIA and PLM products. 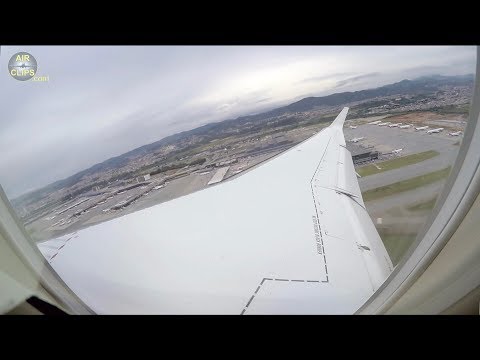