Media got to see what it’s like to be intercepted by Allied fighters on 14 January 2020 during a NATO Air Policing tour of Europe, over various Allied and partner countries. Climbing aboard a Belgian Air Force Airbus A321-200, they flew from Melsbroek Air Base near Brussels (Belgium) and passed through the airspaces of France, the United Kingdom, Denmark, Finland, Estonia, Lithuania and Poland. Along the way, jets from Allied and partner countries scrambled to intercept the Airbus as they would during a real Air Policing scramble. Footage includes shots of French Rafale fighters, British Typhoons, Danish F-16s, Finnish F-18s and Polish F-16s. Interview with German Air Force Lieutenant General Klaus Habersetzer, Commander, NATO Combined Air Operations Centre in Uedem (Germany). 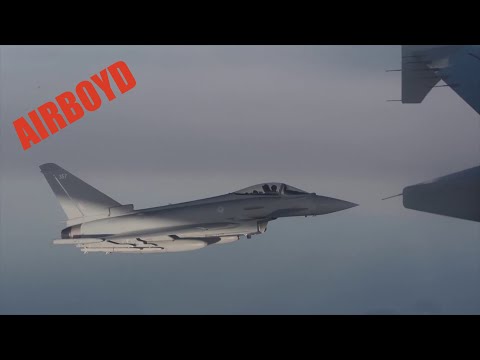