Přidáno před 3 rokem nazpět od admin
74 Zobrazení
The Lockheed L-100 Hercules is the civilian variant of the prolific C-130 Hercules military transport aircraft made by the Lockheed Corporation. Its first flight occurred in 1964. Longer L-100-20 and L-100-30 versions were developed. L-100 production ended in 1992 with 114 aircraft delivered. The LM-100J is set to start production in 2018-2019. It completed its first flight in Marietta, Georgia on May 25, 2017. It is an updated variant of the L-100.
In 1959, Pan American World Airways ordered 12 of Lockheed's GL-207 Super Hercules to be delivered by 1962, to be powered by four 6,000 eshp Allison T61 turboprops. The Super Hercules was to be 23 ft 4 in (7.11 m) longer than the C-130B; a variant powered by 6,445 eshp Rolls-Royce Tynes and a jet-powered variant with four Pratt & Whitney JT3D-11 turbofans were also under development. Both Pan American and Slick Airways (which had ordered six) cancelled their orders and the other variants did not evolve past design studies.
Lockheed decided to produce a commercial variant based on a de-militarised version of the C-130E Hercules. The prototype L-100 (registered N1130E) first flew on April 20, 1964 when it carried out a 1-hour, 25-minute flight. The type certificate was awarded on 16 February 1965. Twenty-one production aircraft were then built with the first delivery to Continental Air Services on September 30, 1965.
Slow sales led to the development of two new, longer versions, the L-100-20 and L-100-30, both of which were larger and more economical than the original model. Deliveries totaled 114 aircraft, with production ending in 1992. Several L-100-20 aircraft were operated on scheduled freight flights by Delta Air Lines between 1968 and 1973.
An updated civilian version of the Lockheed Martin C-130J-30 Super Hercules was under development, but the program was placed on hold indefinitely in 2000 to focus on military development and production. On February 3, 2014, Lockheed Martin formally relaunched the LM-100J program, saying it expects to sell 75 aircraft. Lockheed sees the new LM-100J as an ideal replacement for the existing civil L-100 fleets.
This L-100-30 (Model 382G) is a further stretched variant with an additional 6 ft 8 in (2.03 m) fuselage section compared to the L100-20.

Safair is an aviation company based at the O.R. Tambo International Airport in Kempton Park South Africa. Operator of one of the world's largest fleets of civil Lockheed L-100 Hercules cargo aircraft, it also conducts aircraft chartering; leasing and sales; contract operations and leasing services; flightcrew leasing and training; aircraft maintenance and modification; aviation safety and medical training; and operations support.
Safair Operations as we know it today was established in 1965. At the time it was known as Tropair (Pty) Ltd and was a general aviation charter company. In 1970 the company name changed to Safair Freighters (Pty) Ltd when the company was purchased by Safmarine and the new entity began operations on 18 March 1970. Until the 1990s it mainly served the local and regional air cargo market. In 1991 it diversified into aircraft maintenance and overnight courier operations before concentrating on leasing and chartering. In 1998 it purchased a 49% stake in Air Contractors, based in Ireland, and was itself acquired by Imperial Holdings for $40 million in December 1998. In July 1999 Safair acquired control of National Airways Corporation and Streamline Aviation (a charter and aircraft sales company). It is wholly owned by ASL Aviation Group Ltd based in Dublin, Ireland, a subsidiary of the Belgian group Compagnie Maritime Belge. Humanitarian Aid and Relief operations has always been Safair's "niche" market. Safair assists aid and relief agencies such as the United Nations, World Food Programme and the International Committee of the Red Cross in delivering much needed humanitarian aid to stricken regions on the African continent as well as other areas in the world where such assistance is required. In 2007, Safair obtained its IATA Operational Safety Audit (IOSA) approval. 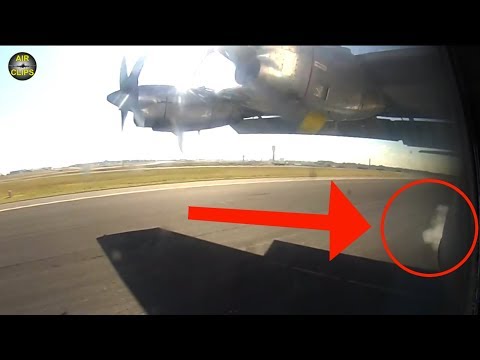 The Lockheed L-100 Hercules is the civilian variant of the prolific C-130 Hercules military transport aircraft made by the Lockheed Corporation. Its f...