Přidáno před 1 rok nazpět od admin
29 Zobrazení
EW-412TH, a truly classic Ilyushin IL-76 TD (Military version with gun turret in the tail for defensive purposes) of Ruby Star Airlines, Belarus, performed a once-in-a-lifetime go around for some dozens of aviation lovers aboard this special Merlintour charter flight. Want to experience that yourself? You can have it! Visit www.Merlintour.com and if you state you come from AirClips.com, you automatically participate in our price draw! Have fun and good luck!!! As the flight happened today, this is just a quick appetizer for you. The full clip will be edited and uploaded later. The airplane took off from and landed at Minsk International airport and the joyride took more than one hour.

The Ilyushin Il-76 is a multi-purpose four-engine turbofan strategic airlifter designed by the Soviet Union's Ilyushin design bureau. It was first planned as a commercial freighter in 1967, as a replacement for the Antonov An-12. It was designed to deliver heavy machinery to remote, poorly served areas. Military versions of the Il-76 have been widely used in Europe, Asia and Africa, including use as an aerial refueling tanker or command center.

The Il-76 has seen extensive service as a commercial freighter for ramp-delivered cargo, especially for outsized or heavy items unable to be otherwise carried. It has also been used as an emergency response transport for civilian evacuations as well as for humanitarian aid and disaster relief around the world. Because of its ability to operate from unpaved runways, it has been useful in undeveloped areas. Specialized models have also been produced for aerial firefighting and zero-G training.

The aircraft was first conceived by Ilyushin in 1967 to meet a requirement for a freighter able to carry a payload of 40 tons (88,000 lb) over a range of 5,000 km (2,700 nmi; 3,100 mi) in less than six hours, able to operate from short and unprepared airstrips, and capable of coping with the worst weather conditions likely to be experienced in Siberia and the Soviet Union's Arctic regions. It was intended to replace the Antonov An-12. Another intended version was a double-decked 250-passenger airliner but that project was cancelled. The Il-76 first flew in March 1971.

Production of Il-76s was allocated to the Tashkent Aviation Production Association in Tashkent, Uzbekistan, then a republic of the Soviet Union. Some 860 of the basic transport variants were manufactured.[6] In the 1990s, modernized variants also equipped with Soloviev D-30 turbofan engines were developed (MF, TF), with a cargo compartment 20 m (66 ft) long by 3.4 m (11 ft) wide by 3.4 m (11 ft) tall; these larger variants were not produced in significant quantity due to the financial difficulties being experienced by the Russian Air Force, which was the primary operator of the type.[citation needed] The prototype of the Il-76MF, conducted its first flight on 1 August 1995.

Further development
From 2004 onwards, a number of aircraft in commercial service were modernized to the Il-76TD-90VD version; this involved the adoption of the newly developed PS-90 engine to comply with European noise limitations. In 2005, the People's Republic of China placed an order for 34 new Il-76MDs and four Il-78 tankers. In June 2013, Russian military export agency Rosoboronexport announced an order by China for 12 Il-76MD aircraft.


The Il-76 has also been modified into an airborne refuelling tanker, designated the Il-78, around 50 aircraft having been produced. A variant of the Il-76 also serves as a firefighting waterbomber. Its airframe was used as a base for the Beriev A-50 'Mainstay' AEW&C (airborne early warning and control) aircraft; around 25 aircraft were made. Another application for the type was found in Antarctic support flights and for conducting simulated weightlessness training for cosmonauts (akin to the "Vomit Comet" used by NASA). Beriev and NPO Almaz also developed an airborne laser flying laboratory designated A-60, of which two were built, much of this project's details remaining classified. 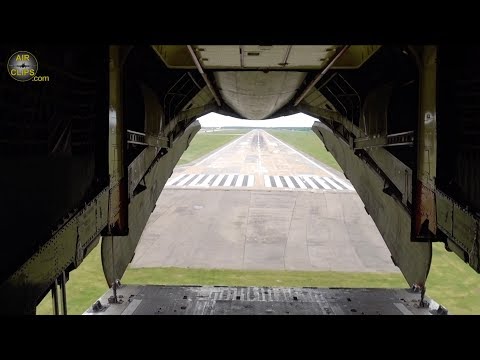