Přidáno před 3 rokem nazpět od admin
5,179 Zobrazení
The development of MD-80 series began in the 1970s as a lengthened, growth version of the DC-9-50, with a higher maximum take-off weight (MTOW) and a higher fuel capacity. Availability of newer versions of the Pratt & Whitney JT8D engine with higher bypass ratios drove early studies including designs known as Series 55, Series 50 (refanned Super Stretch), and Series 60. The design effort focused on the Series 55 in August 1977. With the projected entry into service in 1980, the design was marketed as the "DC-9 Series 80". Swissair launched the Series 80 in October 1977 with an order for 15 plus an option for five.
The Series 80 series is a mid-size, medium-range airliner. The series featured a fuselage 14 ft 3 in (4.34 m) longer than the DC-9-50. The DC-9 wings were redesigned by adding sections at the wing root and tip for a 28% larger wing. The initial Series 80 first flew October 19, 1979. It was certified as a version of the DC-9.
It was the second generation of the DC-9, originally called the DC-9-80 and the DC-9 Super 80. The design was the second generation of the DC-9 with two rear fuselage-mounted turbofan engines, small, highly efficient wings, and a T-tail. The aircraft has distinctive five-abreast seating in the coach class. The aircraft series was designed for frequent, short-haul flights for 130 to 172 passengers depending on plane version and seating arrangement.
The MD-80 versions have cockpit, avionics and aerodynamic upgrades along with the more powerful, more efficient and quieter JT8D-200 series engines, which are a significant upgrade over the smaller JT8D-15, -17, -11, and -9 series. The MD-80 series aircraft also have longer fuselages than their earlier DC-9 counterparts, as well as longer range. Some customers, such as American Airlines, still refer to the planes in fleet documentation as "Super 80". This model is still flown extensively by American Airlines and Delta Air Lines. Comparable airliners to the MD-80 series include the Boeing 737-400 and Airbus A320.
The MD-88 was the last variant of the MD-80, which was launched on January 23, 1986 on the back of orders and options from Delta Air Lines for a total of 80 aircraft.
The MD-88 is, depending on specification, basically similar to the MD-82 or MD-83 except it incorporates an EFIS cockpit instead of the more traditional analog flight deck of the other MD-80s. Other changes incorporated into the MD-88 include a wind-shear warning system and general updating of the cabin interior/trim. These detail changes are relatively minor and were written back as standard on the MD-82/83. The wind-shear warning system was offered as a standard option on all other MD-80s and has been made available for retrofitting on earlier aircraft including the DC-9.
Delta's earlier delivered MD-82s were upgraded to MD-88 specifications. When McDonnell Douglas was asked why these aircraft were MD-88s and not MD-82s, they said the customer, Delta Air Lines, thought its specification was sufficiently different to warrant a new designation. MD-88 deliveries began in December 1987 and it entered service with Delta in January 1988.
Performance: The MD-88 has the same weights, range, and airfield performance as the other long-body aircraft (MD-82 and MD-83) and is powered by the same engines. MDC quotes a typical range for the MD-88 as 2,050 nmi (3,800 km) with 155 passengers. Range with 155 passengers is increased to 2,504 nmi (4,637 km) with two additional auxiliary fuel tanks (similar to the MD-83). According to a Wall Street Journal article published March 9, 2015, "pilots and other safety experts have long known that when the MD-88's reversers are deployed, its rudder...sometimes may not be powerful enough to control deviations to the left or right from the center of a runway...safety board investigators, among other things, are looking to see if this tendency played any role in the crash.." referring to the crash of an MD-88 at New York City's La Guardia Airport. See the entry in Notable accidents and Incidents below.

Delta Air Lines, Inc. is a major American airline, with its headquarters and largest hub at Hartsfield–Jackson Atlanta International Airport in Atlanta, Georgia. The airline along with its subsidiaries operate over 5,400 flights daily and serve an extensive domestic and international network that includes 334 destinations in 64 countries on six continents, as of June 2015. Delta is one of the four founding members of the SkyTeam airline alliance, and operates joint ventures with Air France-KLM, Alitalia, Virgin Atlantic, and Virgin Australia. Regional service is operated under the brand name Delta Connection.
In 2013, Delta Air Lines was the world's largest airline in terms of scheduled passengers carried (120.6 million), and the second-largest in terms of both revenue passenger-kilometers flown (277.6 billion) and capacity (4.4 billion ASM/week; March 2013). 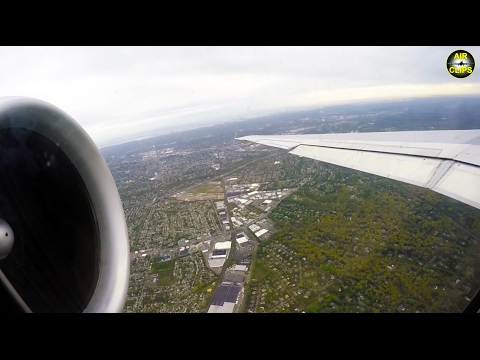