Thanks to each and every one of you for bringing your passion for aviation into our AirClips.com community with all those much appreciated thumbs up and positive comments on our films - with that YOU KEEP US GOING!

We look forward to grow further together with you and to provide you with even more and better of the world's finest cockpit and aviation films. as always on AirClips.com ALL FOR FREE!!

An AirClips.com team was granted exclusive access to witness a horse cargo flight in three episodes.

This is an exclusive short clip taken from the second flight from Deauville, Normandie, France to Lappeenranta, Finland.

The three full cockpit films will be published for free at AirClips.com:

Episode 1 starting with a look inside the airline HQ in Kiev, a trip in the owner's private Bell 407 helicopter, a look into the maintenance facilities and an An-12 ferry flight from Spain to Deauville.

Episodes 2 and 3 show the racing horse transportation from Deauville, France to Lapperanta, Finland. 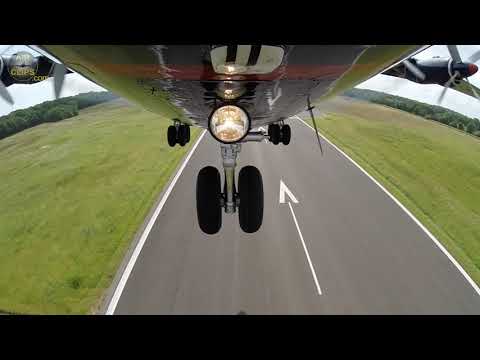 Today, 23rd March 2019, AirClips.com welcomes it's 250.000th YouTube subscriber and celebrates with you! Thanks to each and every one of you for bring...