Video footage of California Army National Guard aviators flying Sept. 9, 2020, over the Creek Fire in Fresno County. The Guardsmen were assigned a potential rescue mission in Muir Trail but low visibility altered the mission, forcing the crew to return to their Fresno Army Aviation base. The Creek Fire ignited Sept. 4 and Cal Guard has performed successful and unsuccessful rescue missions, with the latter attributing to hampered visibility. Nearly 400 California residents near Lake Edison and China Peak, along with about 40 animals, have been evacuated via Cal Guard helicopters. 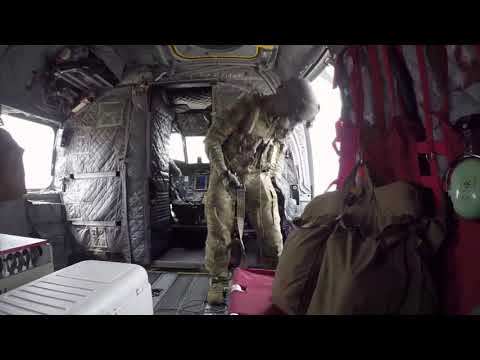