Přidáno před 3 rokem nazpět od admin
235 Zobrazení
Madrid approach. A bird strike—sometimes called birdstrike, bird ingestion (for an engine), bird hit, or BASH (for Bird Aircraft Strike Hazard)—is a collision between an airborne animal (usually a bird or bat) and a human-made vehicle, especially aircraft. The term is also used for bird deaths resulting from collisions with human-made structures such as power lines, towers and wind turbines.
Bird strikes are a significant threat to flight safety, and have caused a number of accidents with human casualties. The number of major accidents involving civil aircraft is quite low and it has been estimated that there is only about 1 accident resulting in human death in one billion (109) flying hours. The majority of bird strikes (65%) cause little damage to the aircraft; however the collision is usually fatal to the bird(s) involved.
Most accidents occur when there is a collision involving a bird (or birds) and the windscreen or a bird (or birds) is sucked into the engines of mechanical aircraft. These cause annual damages that have been estimated at $400 million within the United States of America alone and up to $1.2 billion to commercial aircraft worldwide. In addition to property damage, collisions between man-made structures and conveyances and birds is a contributing factor, among many others, to the worldwide decline of many avian species.
Related to this is a bug strike: an impairment of an aircraft/groundcraft or aviator/driver by an airborne insect.

Pilots have very little training in wildlife avoidance nor is training required by any regulatory agency. However, they should not take off or land in the presence of wildlife and should avoid migratory routes, wildlife reserves, estuaries and other sites where birds may congregate. When operating in the presence of bird flocks, pilots should seek to climb above 3,000 feet (910 m) as rapidly as possible as most birdstrikes occur below 3,000 feet (910 m). Additionally pilots should slow their aircraft when confronted with birds. The energy that must be dissipated in the collision is approximately the relative kinetic energy is the relative velocity (the difference of the velocities of the bird and the plane, resulting in a lower absolute value if they are flying in the same direction and higher absolute value if they are flying in opposite directions). Therefore, the speed of the aircraft is much more important than the size of the bird when it comes to reducing energy transfer in a collision. The same can be said for jet engines: the slower the rotation of the engine, the less energy which will be imparted onto the engine at collision.
The body density of the bird is also a parameter that influences the amount of damage caused.
The US Military Avian Hazard Advisory System (AHAS) uses near real time data from the 148 CONUS based National Weather Service Next Generation Weather Radar (NEXRAD or WSR 88-D) system to provide current bird hazard conditions for published military low-level routes, ranges, and military operating areas (MOAs). Additionally AHAS incorporates weather forecast data with the Bird Avoidance Model (BAM) to predict soaring bird activity within the next 24 hours and then defaults to the BAM for planning purposes when activity is scheduled outside the 24-hour window. The BAM is a static historical hazard model based on many years of bird distribution data from Christmas Bird Counts (CBC), Breeding Bird Surveys (BBS), and National Wildlife Refuge Data. The BAM also incorporates potentially hazardous bird attractions such as landfills and golf courses. AHAS is now an integral part of military low-level mission planning, aircrew being able to access the current bird hazard conditions at www.usahas.com. AHAS will provide relative risk assessments for the planned mission and give aircrew the opportunity to select a less hazardous route should the planned route be rated severe or moderate. Prior to 2003, the US Air Force BASH Team bird strike database indicated that approximately 25% of all strikes were associated with low-level routes and bombing ranges. More importantly these strikes accounted for more than 50% of all of the reported damage costs. After a decade of using AHAS for avoiding routes with severe ratings, the strike percentage associated with low-level flight operations has been reduced to 12% and associated costs cut in half. 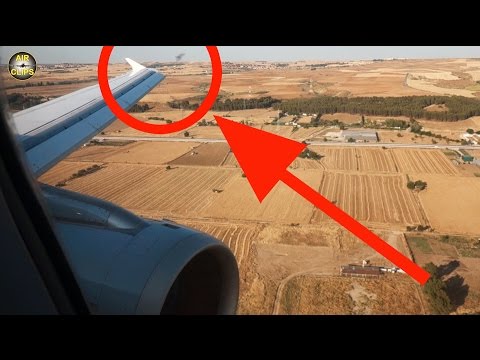