An AirClips.com team was granted exclusive access to witness a horse cargo flight in three episodes.

This is the first of our resulting ULTIMATE COCKPIT MOVIES showing the Airline Headquarters in Kiev, a Bell 407 Heli ride with the airline owner to the An-12 Maintenance Base of Ukraine Air Alliance, and a full ferry flight from Spain to France with exclusive outboard- and cockpit cams.

A later movie will show the racing horse transportation from Deauville, France to Lapperanta, Finland. 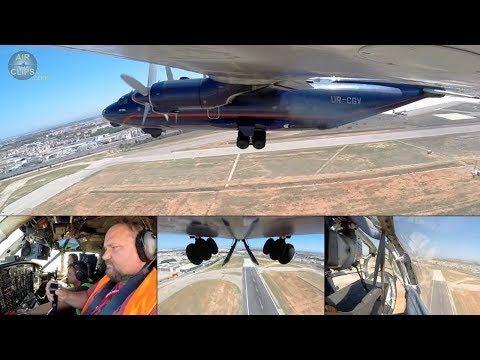 Two cockpit flights in this first episode: 1) Bell 407 flight in and around Kiev 2) An-12 ferry from Valencia, Spain to Deauville, Normandie, France A...